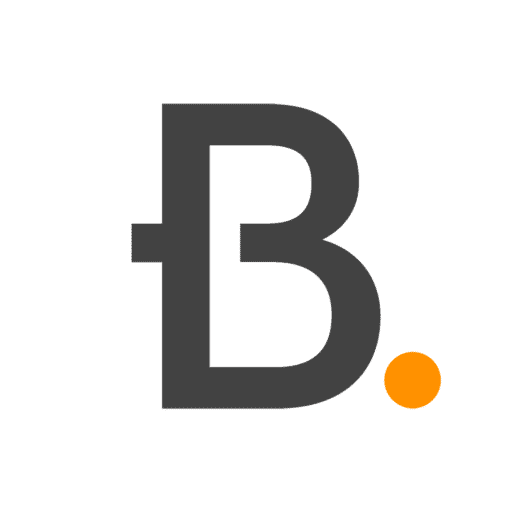 I’ve often seen a documentary or corporate film that left me with nothing in the end, if you ask me which ones, I don’t know, I forgot them right away.

Films like these contain at their core a crucial error: they don’t move the viewer because they focus only on the technical aspect.

But how can you move the spectator by telling, for example, an activity that is apparently as trivial as many others?

Many filmmakers dedicate too little time to the pre-production phase, the one where you do your research and look for the key points of the story you want to tell by talking to people and understanding the environment in which they move. Many people, without any previous preparation, ask a few pre-packaged questions read from their cell phones without creating a real dialogue with their interviewee, they film a bit of everything that happens after the interview and then spend the remaining 80% of their time trying to assemble everything giving it more or less a sense. In the best of cases the result depends on the luck of having found an interviewee good enough to come up with something interesting. Unfortunately in most cases this is not the case because many, in front of a camera, become awkward and are not natural, trying, in vain, to perform. Putting them at ease is instead a fundamental task of the filmmaker who should never limit himself only to the technical aspects but take care of the human relationships giving them more attention than anything else.

My experience with interviews goes back a long way, I’ve been doing them for 30 years and I think that over the years I’ve learned how to do them, or rather, how not to do them at all!
The only way to get a natural result is to create a dialogue between me and my interviewer, not the classic question and answer but a real conversation with the desire to hear, understand and ask something more. But to do it well you need to be prepared and know where to direct the conversation to touch all the key points identified during the pre-production phase. Let’s say it’s a mix of technique and empathy that you learn with experience.

The protagonist of the story is the main key, when possible (but not always) you have to choose him or her after careful research by talking to all potential candidates and finding the one with the highest “score” in these three areas: desire, uniqueness and complexity.

It’s not so much a matter of whether these qualities are there, but how strong they are, and my job as a storyteller is to pull these attributes out of a person.

But maybe it’s worth looking into for each voice because it matters.

Overall, uniqueness, desire, and complexity work together to draw the audience in, make them fall in love, and sustain their connection to the main character. And it is the main character who will serve as the vehicle to lead the audience to the ultimate purpose of the story being told.
But the character alone is not enough, you have to identify a story in which to move him, his story of course but it must not be a biography, otherwise we will surely lose the attention of the audience because it becomes boring. Always in the pre-production phase you have to identify the key points and how to arrange these elements at the beginning, in the middle and at the end of the film. Key points are the critical moments in a character’s story, the ones that have shaped his or her journey, some are specific, tied to moments or events, others are generic including cultural influences, social pressures placing the character in a historical and/or environmental context.

Once the key points have been decided, they must be distributed throughout the story, which must have a solid structure that in its uniqueness respects what is commonly called the story arc. 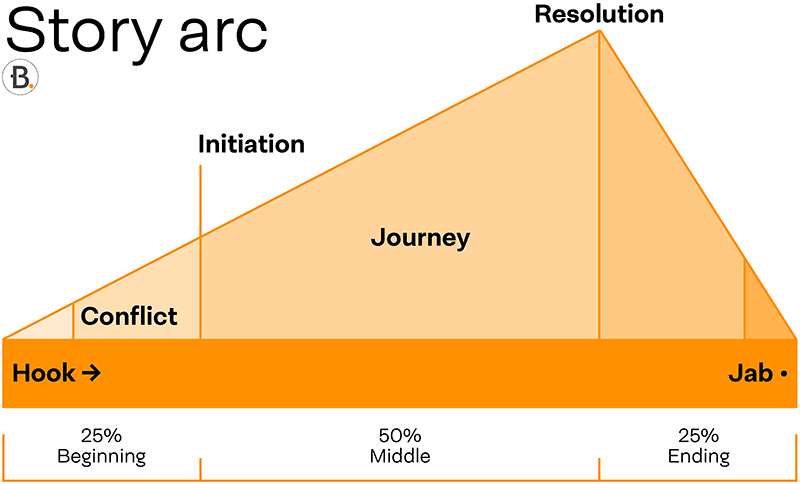 Generally each story is divided into three parts, 25% is the beginning where you show what you are talking about and the direction, 50% is the middle part, the journey part, the key points of the character’s life/activities and the remaining 25% is the end, the resolution, the emotional part where you let the viewer draw their own conclusions.

The key to the story to keep the audience’s attention is in the growth of emotion until the final part having clear, before starting the shooting to have identified these four points:
* Found the main character and any secondary and/or expert characters, this creates connection.
* Identified the purpose of the film as this creates clarity.
* Placed key points in their best position within the story to create engagement.
* Established the places, areas or cities and time (seasons, breakdown of the day) where the story takes place because it creates authenticity.

So paradoxically to have a result that hits, makes you think and creates a connection, you have to proceed in a very analytical and structured way. Once all the needs and intentions have been established in a pre-production phase that should generally take 50% of a project, we move on to the shooting phase, which ideally should only be 20% of the time, which at this point will be targeted and not random following a storyboard (a list of points and images to be covered/taken) planned with one or more interviews/dialogues that go to touch the points identified and footage that shows the environment or represents certain situations. Finally, the remaining 30% of the time will be devoted to editing, which will be facilitated by the fact that you already have a well-defined storyboard, where you can also insert the music, graphics and titles to have a final result complete with all parts.

In my personal history I’ve always loved telling stories, it’s what involves me the most and that’s why I decided to devote my time to making films that tell about people or business that are led by people who have enthusiasm and are able to convey it to viewers. It’s not an easy task, but I always do it with great passion, trying to combine technique and emotion, which is how I am in my everyday life, maybe that’s why it comes so naturally.

If you are interested in a film about you and/or your business, contact me, we can talk about it together. 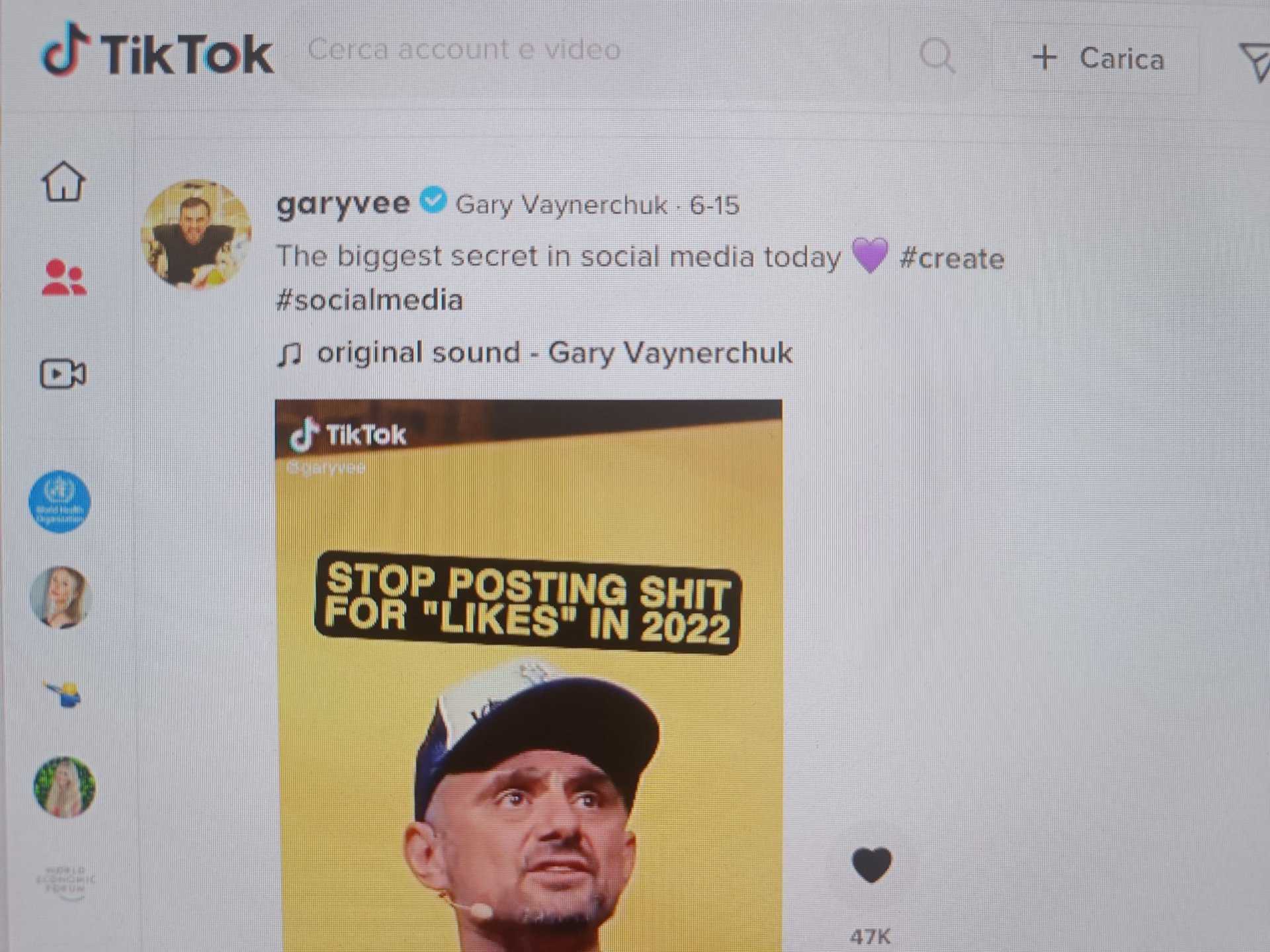 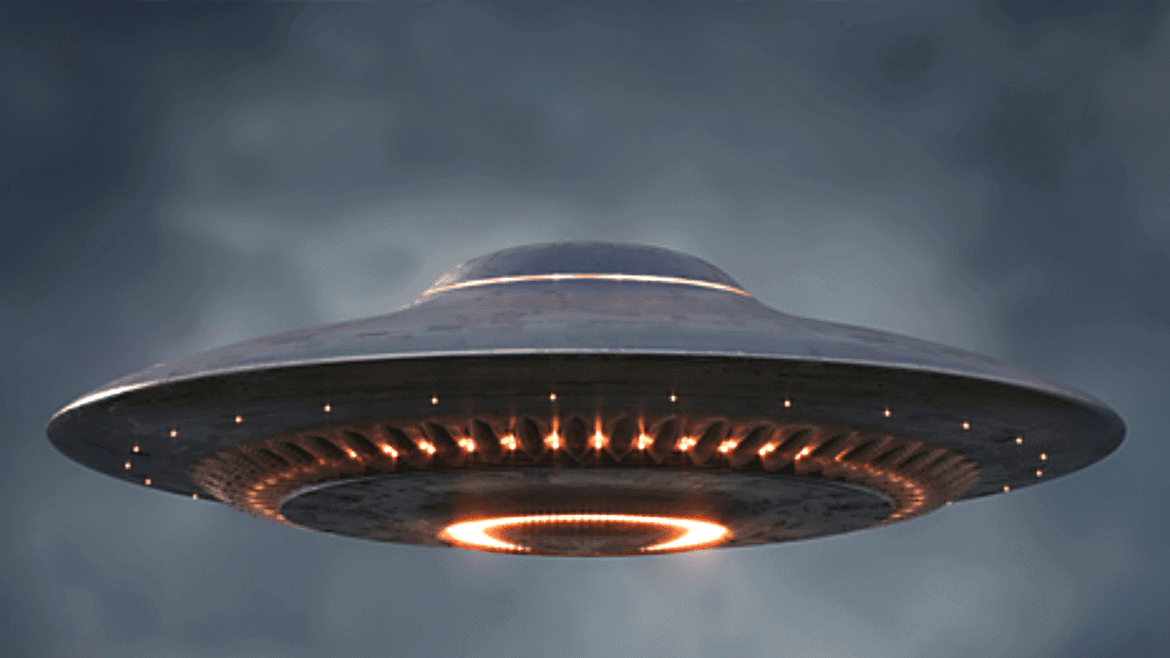